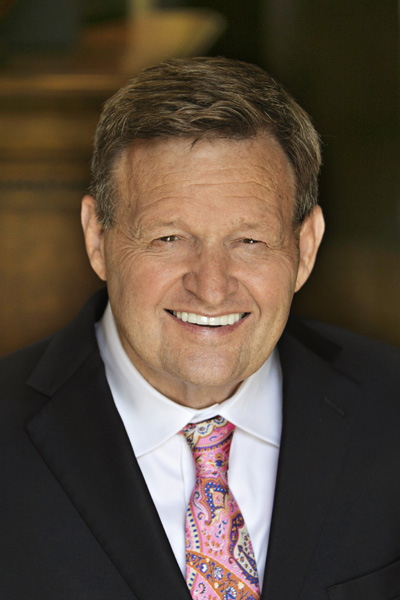 Jim Waide, a native of Clay County, Mississippi, is the founder and a current shareholder of Waide & Associates, P.A. A graduate of West Point High School and Millsaps College, Waide spent three years in the United States Marine Corps, including one year as a forward observer in Vietnam. Waide was awarded the Bronze Star for his service in combat. After discharge from the Marines as a Captain, he graduated from Tulane Law School. While at Tulane Law School, Waide earned the American Jurisprudence Award in Corporations. After graduation, Waide worked for one year as a law clerk to United States Court of Appeals Judge J.P. Coleman. Shortly thereafter, Waide formed his own law firm, practicing first in Weir and West Point, before moving the firm to Tupelo in the mid-1980s.

Six of Waide’s cases have been accepted by the United States Supreme Court, and he has never lost a case before that Court. Waide considers the most significant of those cases to be Reeves v. Sanderson Plumbing Products, Inc., which limited the authority of federal judges to overturn jury verdicts and Wyatt v. Cole, which abolished immunity provided to parties in cases brought under 42 U.S.C. Section 1983. Waide’s other Supreme Court cases are as follows:

According to the Mississippi Jury Verdict Reporter, Waide has tried more jury trials than any other Mississippi lawyer for each of the past five years.

Waide is a member of Mission Mississippi, a volunteer for the Salvation Army, a Tupelo-Lee Humane Society foster parent, and attends First United Methodist Church in Tupelo.

Waide is married to Rachel Pierce Waide, who is also a shareholder in the firm.